How does Coca Cola’s supply chain management adapt around the world?

Coca-Cola is one of the most renowned and powerful brands of the world, but it’s power doesn’t only come from its brand – which, undoubtedly, is it’s primary asset – but the way it’s logistics and supply chain network works in collaboration, and its constant adaptation to local contexts.

At a global level, the brand  has:

In this group, you can know and share knowledge, experiences and meet people interested in Fleet Management over the world. Each week we publish posts, conferences, news, scientific papers, and technology related to Fleet Management.

JOIN TO THE FLEET MANAGEMENT GROUP

What makes its supply chain management so different?

There are several different innovations from the company around the world. But what do they have in common?

Let’s learn from a Philanthropist. In 2010, Melinda French Gates spoke at a Ted conference in New York about what nonprofits can learn from Coca-Cola.

In her concise, 15-minute presentation, the co-chair of the Gates Foundation enlightened the audience with some of the most important values that the company was promoting in the African continent.

Firstly, they take real-time data and immediately feed it back into the product.

“So if you’re running Namibia for Coca-Cola, and you have a 107 constituencies, you know where every can versus bottle of Sprite, Fanta or Coke was sold, whether it was a corner store, a supermarket or a pushcart. So if sales start to drop, then the person can identify the problem and address the issue.”

In 1990, the company started training local entrepreneurs and provided them with small loans. “They set them up as what they called micro-distribution centers, and those local entrepreneurs then hire sales people, who go out with bicycles and pushcarts and wheelbarrows to sell the product.”, she explains.” There are now some 3,000 of these centers employing about 15,000 people in Africa.”

This feedback loop and entrepreneurial talent search has expanded into its worldwide operations.

In France, for instance, Beverage Daily speaks about the number of changes the company made to reduce carbon emissions and improve its distribution service. The company not only began manufacturing products more frequently and modifying production lines. They put in place fixed daily journeys between primary sites, with weekly meetings between European teams and their local counterparts to “anticipate production and travel needs in the medium term”,  according to the publication. This includes common journey indicators that are shared by all actors in the supply chain.

In Atlanta, they had the pallets of their delivery trucks transformed. Instead of side-load trucks filled with several full pallets of the same products and units, they built mixed pallets to fit various products in the right quantities to fulfill particular stores’ orders, reducing times and effort from a traditional approach. According to the site Logistics Viewpoints this was done by using the intelligence data from Advanced Shipping Notices (ASNs).

In several operations of Western Europe, they’ve developed systems to work in close collaboration with customers. Wendy Manning, vice president of customer logistics at Coca-Cola Enterprises, tells Global Manufacturing that production systems “are networked to allow us to raise or lower capacity, allowing us to meet demand peaks (expected or unexpected) by flexing up production at several sites if needed. And we’re fully prepared for exceptional levels of demand, for example during Christmas or major sporting events like the Olympics,” she says.

«Truck and workload scheduling for point-of-sale distributors used to take months but now are fully sensitive to real-time market demands,» he says. That way, the company delivers local bottlers planning processes developed for the entire supply chain. These are not compulsory, but bottlers design their own distribution schemes.

Computer software also works in distribution plans to forecast demand and route optimization. This data is analyzed periodically for the planning processes.

We’ve spoken before about this issue. At a global level, the different distribution centers of this brand work in close collaboration with retail companies and local dealers in order to have recyclable bottles returned, sanitized and repurposed. This adds to the brand value and maximizes  their local fleet management capacity  in the return of bottles.

With closed-loop reporting and local integration, Coca-Cola has enabled its supply chain network worldwide to adapt to the constant changes in their surrounding environments, and face competition.

What lessons would you take from this company? How does your business adapt to local contexts or integrates reports to improve? 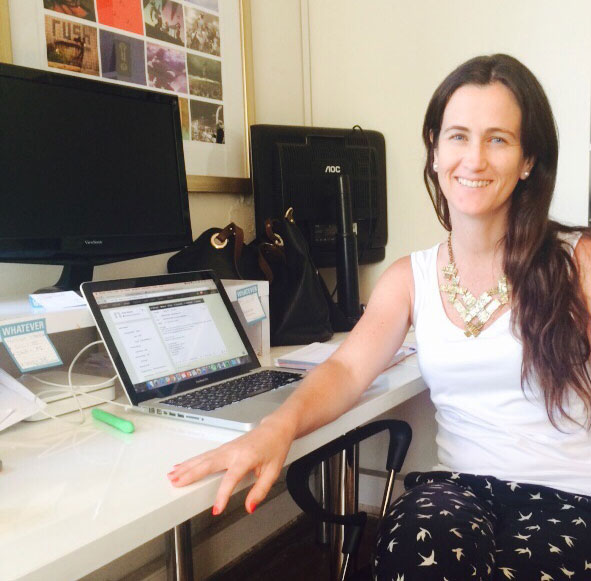 Francisca is a commercial engineer by University Adolfo Ibañez. She worked 10 years in the retail industry and the last few months she has been working as a business developer for Drivin, a SaaS solution that allows to distribution companies to reduce its transport costs as well as increase the service quality of their final clients.