Will Future Trucks Be Powered by Batteries or Fuel Cells? 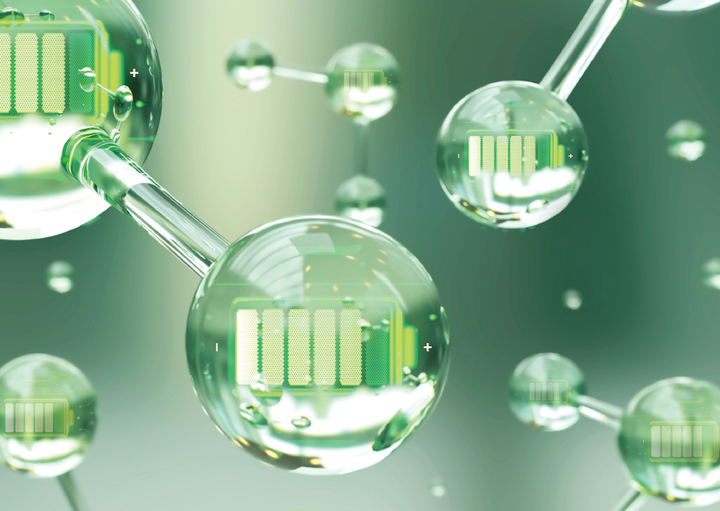 Battery- and fuel-cell-powered electric vehicles are new to the market. Can different technologies find a home, or will a single winner emerge? Getty Images

Will Future Trucks Be Powered by Batteries or Fuel Cells?

A volt is a volt, whether it comes from a hydrogen fuel cell or a lithium-ion battery. How that volt is produced makes no difference to the electric drive motors on commercial vehicles, but the stakes are enormous for everyone else, from fleet buyers to the people who design the assembly lines for such vehicles. We have two apparently viable ways of powering electric trucks, each currently somewhat better suited to certain applications than others. Will a clear winner emerge?

We have the battery-electric people in one camp and the fuel-cell-electric crowd in the other. The debates are loud and raucous and fun to watch, but not conducive to fact-finding.

A great deal of the conversation revolves around Tesla’s attempts to build an electric Class 8 tractor. There are legions of Tesla fans who are quick to trash the “competition,” including Daimler, one of the largest truck manufacturers in the world, for not knowing how to build an electric truck. Yet Tesla fans and many mainstream technology writers know little about the hard realities of trucking.

There’s at least one mainstream writer who gets it: Steve Banker, a transportation logistics and supply chain management contributor to Forbes magazine. He had this to say about the Tesla Semi: “For Tesla stockholders, a move into this market is not something they should welcome. Carriers are hardheaded business people. They must be, to survive. There will be no trucking company buying premium-priced trucks to prove they are green or to make a fashion statement; the green their survival depends on is the shade of green you find on a dollar bill.”

However, both Tesla and Nikola did something that traditional truck makers have yet to do: They designed and built trucks around their electric and hydrogen powertrains, while the truck OEMs are taking diesel truck chassis and adapting them for electric drive, says Rick Mihelic of Mihelic Vehicle Consulting, program manager for the North American Council for Freight Efficiency.

“Nikola and Tesla will be able to optimize their costs better than the OEMs, at least in the short term,” he says. “There has to be a lot of extra cost that could be eliminated if they did a purpose-built design wrapped around the right powertrain.”

That said, traditional OEMs are very good at building trucks that will last well beyond a million miles. The two upstarts have only engineering expertise to go on. So far they have few durability and reliability test miles under their belts. Only time will tell how well those designs will hold up over a million miles.

Contributors to the Canadian project include Ballard Power Systems (hydrogen fuel cells), Daimler Trucks (tractors), Dana Corp. (electric motors), and others. The goal is to put two fuel-cell-electric tractors pulling 140,000-pound combination vehicles over a 430-mile round trip between Calgary and Edmonton, Alberta, between refueling. Each truck will have three 70kW FCmove-HD Ballard fuel cells. The trial is set to get under way next year and run through 2022.

Hydrogen has two clear advantages over battery-electric today: longer range without sacrificing payload. Nikola has said its purpose-built truck will have a 500-800 mile range on 80 kg of hydrogen in a chassis that it says weighs no more than a typical diesel sleeper tractor. Kenworth and Toyota say their prototype trucks, unveiled at the CES electronics show in January, will have a range of 350 miles based on the hydrogen storage capacity. Since the tractors will be minus the diesel engine, transmission, fuel tanks and aftertreatment system, it will offset the weight of the six carbon fiber hydrogen tanks, the fuel cell stack and a 12-kW drive battery, making it close to weight-neutral compared to a diesel truck.

“A typical regional haul where you’re going about 350 miles would use about 120 pounds of hydrogen,” says Brian Lindgren, who heads up Kenworth research and development. “The heaviest part of this system is the storage tanks at about 4,000 pounds, but we’re still way below the 16,000 pounds of batteries you’d need for the same distance. And then there’s recharge time. Charging the batteries would take several hours, but you can fill 120 pounds of hydrogen in about 15 minutes. I think drivers would live with that.”

Fuel cells are a bit like diesel engines in that they are most efficient operating at a steady state. The hydrogen flow can be controlled, but the battery provides the “throttle” modulation as more or less power is needed for hills, headwinds, etc. Regenerative braking can occur as well, but it’s not as necessary as it is in a battery-powered truck to improve range.

Battery-powered trucks, on the other hand, benefit greatly from high transient, stop-and-go operation with more opportunities for regenerative braking. Any opportunity-charging helps extend range, in some cases up to 50%, NACFE’s Mihelic says. “We’ve seen it in the field, but it cannot always be shown calculated range estimates.”

In trying to right-size its battery packs, Daimler’s e-Mobility group went to its customer base to determine range expectations for applications that could be readily electrified, such as urban medium-duty and short-haul Class 8 applications. “We found that probably 80% of the group we spoke to were not running more than 150 miles per day,” says Andreas Juretzka, head of Daimler’s e-Mobility Group. “That led us to a battery spec of 230-mile range, which covers, among other things, the swings in ambient temperature that can affect battery performance and to alleviate the customers’ range anxiety.”

While Tesla continues to boast about 500-mile range and zero-to-60 times of less than 5 seconds, traditional truck builders are getting serious about putting battery-electric trucks into the market that will provide the best return for their customers. Peterbilt, for example, has identified three markets with the best prospects for success in these early days.

“Peterbilt believes three applications — refuse, regional, and urban pickup and delivery — represent the best opportunity for immediate and near-term payback for our customers,” says Peterbilt General Manager Jason Skoog. “We will be placing electric versions of the Model 579, 520 and 220 into customers’ hands this year for performance evaluations.”

At the moment, charging battery-electric vehicles remains a bit of a stumbling block. It can take up to eight hours to fully charge a large battery pack. They can be charged faster, but that has long-term implications and shortens the life of the batteries. Applications such as refuse and urban P&D lend themselves well to overnight charging, but Class 8 regional could be hampered by lower utilization rates due to charging times.

The charging infrastructure is also in its very early days and not yet even close to being optimized. Truck makers and fleets are working with utility companies to move this forward, but on-site does require a substantial commitment from both the carrier and the utility company. This is still a work in progress.

How do we pay for electric trucks?

We have all heard the toenail-curling numbers tossed around regarding EV pricing. They won’t be cheap, but when the early dust has settled, they may not be as pricey as some fear. As battery production increases, prices are bound to fall lower still before eventually stabilizing to some extent.

“Battery prices are trending down now, but we don’t know where that price is going,” Mihelic says. “Increased supply will bring the cost down, until demand catches up. If we get to building 20,000 electric trucks a year, that will certainly create new demand for raw material that wasn’t there before. Where does pricing go in a high-demand, low-supply world? The price always goes up.”

Dakota Semler, co-founder and chief executive of start-up Xos Trucks (formerly Thor Trucks) said last year during a conference call with industry analyst Stifel that he expects to bring a truck to market with a 100- to 300-mile range for between $150,000 and $250,000 without subsidies.

Medium-duty truck maker Workhorse and UPS have said they could build a Class 6 truck for the same price as the diesel vehicle it was replacing without any incentives.

But subsidies and grants will be part of the game for the foreseeable future as various governments try to encourage adoption of zero-emissions vehicles.

“California wants drivers to migrate us to zero-emissions vehicles by 2045, so they are setting up the infrastructure for grants and tax breaks for the long term,” Mihelic says. “I expect grants and incentives will be around for a long while. If these vehicles are too expensive, people won’t buy them.”

Meanwhile, Nikola’s pricing model is a lease deal that will see the customer pay a per-mile rate for the truck, with warranty, maintenance and hydrogen fuel included. As of April 2019, the plan called for a 1 million mile or 84-month trade-in cycle with a lease rate of 90 cents per mile.

The battery-electric business and operating model is becoming clearer, and we now have a firmer idea of what it will look like in a few years’ time, but the hydrogen model is less clear. Fuel cells have yet to prove themselves in this application, though they have been proven in transit bus applications around the world. Hydrogen production suffers from the fact that the conversion of some form of energy into hydrogen gas and back to electricity is pretty inefficient in most cases.

However, Nikola’s idea of a dedicated solar grid harvesting currently untapped solar energy for hydrogen production, rather than relying on traditional sources of energy, is intriguing. It would be hugely capital intensive to get off the ground, but the solar energy becomes essentially free.

Batteries, on the other hand, will continue to evolve, and energy densities are expected to improve over time. But the raw materials will always be subject to market forces, extraction costs, speculation, and even geo-political concerns.

The next decade or so, as electric vehicle designs stabilize and customer acceptance rises, will be interesting indeed. Will you be along for the ride?